April 23 marks the United Nations English and Spanish Language Days. The UN Language Days were introduced to celebrate the linguistic and cultural diversity of humanity. This day raises awareness among the UN Organization and the world about the history, culture and use of English and Spanish as official languages. The choice of the day attends the anniversary of the death of the great genius of Spanish letters, Miguel de Cervantes. Coincidentally, the date of his death coincides with that of the most prestigious English playwright, William Shakespeare. Hence, both languages share the day. 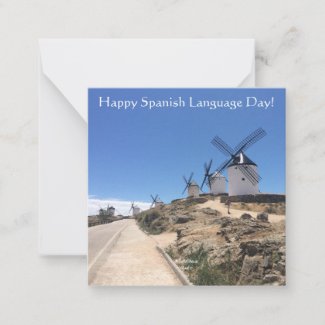 Celebrating the English language at the UN